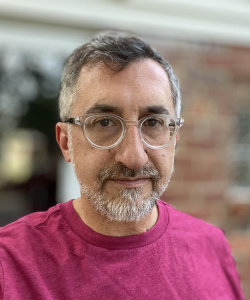 I am a native of Washington D.C. and first fell in love with documentary photography during the burgeoning D.C. music scene in the early eighties. Photographing the bands and community around the music got me hooked.

I began to combine travel and photography in the early 1990s. In 1991, on assignment for a U.S. Senator, I documented labor and environmental abuses for hearings on N.A.F.T.A. I found this type of photojournalism particularly rewarding. For over 30 years, I have worked for several newspapers and magazines, ranging from the Washington Post to Rolling Stone and tons of indies. My photographs have been featured on many books and records. Two highlights were the best selling-book, Our Band Could Be Your Life and the cover of ‪Fugazi’s Repeater record.

In addition to photography, I have also worked extensively in film and video. Most recently, I was Director of Photography on two feature-length documentary films, Salad Days: A Decade of Punk In the Washington, D.C. and CREEM: Americas Only Rock & Roll Magazine. Photography and music have been my lifetime muses; I hope you enjoy checking out my work.